Whether a review of the film or a piece on joy, mental health and well-being, or the mental health crisis, we’d love for you to include Mission: JOY in your work. 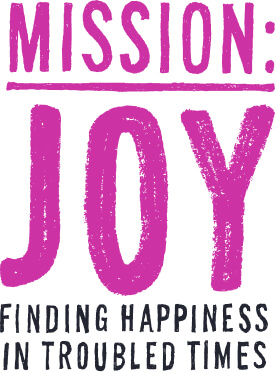 For all other inquiries, email our team
email us

“INSPIRATIONAL.”
“An uplifting look at two revolutionary forces for good.”

“10/10” “INSPIRATIONAL.” “A MUST-SEE.”
“Simply a must-see. It is infused with valuable instruction while simultaneously reflecting how these two spiritual brothers express their teaching in their lives.”

“It is totally endearing.”
“It is fascinating to hear how uniquely they arrive at a fundamental belief in the possibility of joy and happiness.”

“Inspiring and edifying.”
“Unlike many spiritual teachers who eschew laughter and play, these two model those joyful practices as they smile, chuckle, embrace, hold hands, guffaw, and laugh boisterously.”
“From start to finish, this documentary simmers with laughter, humor, and play. It all adds up to a fresh and fine reframing of joy and its predominant place in the spiritual life.”

“Delightful and profound.”
“Mission: Joy is an important film for our time.”
“In its extraordinary perspective of these mavericks of goodness, Mission: Joy is a balm for soul wounds. Indeed, it reveals that if these individuals can employ the wisdom of joy, so can we. It is only a matter of doing.”

Deeply moving and laugh-out-loud funny, His Holiness the Dalai Lama and Archbishop Desmond Tutu share science-backed wisdom of how to live with joy in troubled times in Mission: JOY.

Deeply moving and laugh-out-loud funny, Mission: JOY is a documentary with unprecedented access to the unlikely friendship of two international icons who transcend religion: His Holiness the Dalai Lama & Archbishop Tutu. In their final joint mission, these self-described mischievous brothers give a master class in how to create joy in a world that was never easy for them. They offer neuroscience-backed wisdom to help each of us live with more joy, despite circumstances.

Inspired by New York Times bestseller The Book of Joy: Lasting Happiness in a Changing World, the film showcases the exchange between these two Nobel Peace Prize winners that led to that book. Consisting largely of never before seen footage shot over 5 days at the Dalai Lama’s residence in Dharamsala, the film invites viewers to join these luminaries behind the scenes as they recount stories from their lives, each having lived through periods of incredible difficulty and strife.

With genuine affection, mutual respect and a healthy dose of teasing, these unlikely friends impart lessons gleaned from lived experience, ancient traditions, and the latest cutting-edge science regarding how to live with joy in the face of all of life’s challenges from the extraordinary to the mundane. Mission: Joy is an antidote for the times.

The world-changing work of Academy Award winning director Louie Psihoyos, and acclaimed co-director and producer, Peggy Callahan, has spanned the planet. Their enthralling storytelling enabled the Dalai Lama and Archbishop Desmond Tutu to give their final joint gift to the world -- Mission: Joy, Finding Happiness in Troubled Times.

Louie Psihoyos is an Academy Award-winning filmmaker and Executive Director of the Oceanic Preservation Society (OPS). He is recognized as one of the top still photographers in the world, having created iconic images for National Geographic for 18 years, and hundreds of covers for other magazines. Believing that film can be the most powerful weapon in the world, Louie founded OPS with Silicon Valley entrepreneur Jim Clark in 2005.

An ardent diver and dive photographer, Psihoyos’ mission is to show the world the decline of the oceans–our planet’s most crucial resource. Circling the globe dozens of times on photographic missions, he collects the imagery and stories underlying the compelling issues that challenge and threaten the natural world while connecting with environmentalists who are working to save the planet.
Psihoyos’ first documentary film, The Cove, won the Academy Award for Best Documentary Film of 2009 and over 75 other awards around the world. An annual dolphin hunt in a secret cove in Taiji, Japan suggests a microcosm of a larger picture: man’s disregard for the planet. The film garnered immense critical praise and has been seen by millions of viewers worldwide.

His second film, Racing Extinction, follows a team of artists and activists as they expose the hidden world of extinction with never-before-seen images. The film premiered on Discovery in 220 countries and territories on the same day, was nominated for an Emmy (Exceptional Merit in

Documentary Filmmaking) and an Academy-Award (Best Song), and sparked the #StartWith1Thing movement. With partner Obscura Digital, Psihoyos was the creative mind behind the unprecedented large-scale video projections of endangered species onto the United Nations Headquarters, Empire State Building, and the Vatican.

Psihoyos most recently finished directing The Game Changers, executive produced by James Cameron. The film tells the story of James Wilks — an elite special forces trainer and winner of The Ultimate Fighter — as he travels the world on a quest for the truth behind the world’s most dangerous myth: that meat is necessary for protein, strength and optimal health. What James discovers permanently changes his relationship with food and his definition of true strength. Through the production of compelling film and imagery underlined by moving narratives, contemporary crises, and heroic film subjects, Louie Psihoyos is radically changing how people perceive documentaries.

Peggy Callahan’s sense of fairness (or maybe masochism) has driven her work in television and human rights activism. She has spent decades as a reporter, producer, director, TV exec telling stories about poverty, the foster care system, the death penalty, farmworkers, racism, homelessness and slavery to name just a few.

Peggy’s powerful, award-winning storytelling has helped change laws and lives. Along the way she learned that, contrary to popular opinion, Abraham’s Emancipation Proclamation did not end slavery around the globe. So, Peggy co-founded two international anti-slavery organizations that have helped free tens of thousands of people from slavery, consulted with governments around the world and helped get laws passed against slavery in the US and abroad.

Currently Peggy is producing and co-directing Mission:JOY and heads an anti-slavery organization, Voices4Freedom, which has 37 transitional schools in India that help free entire villages from slavery. 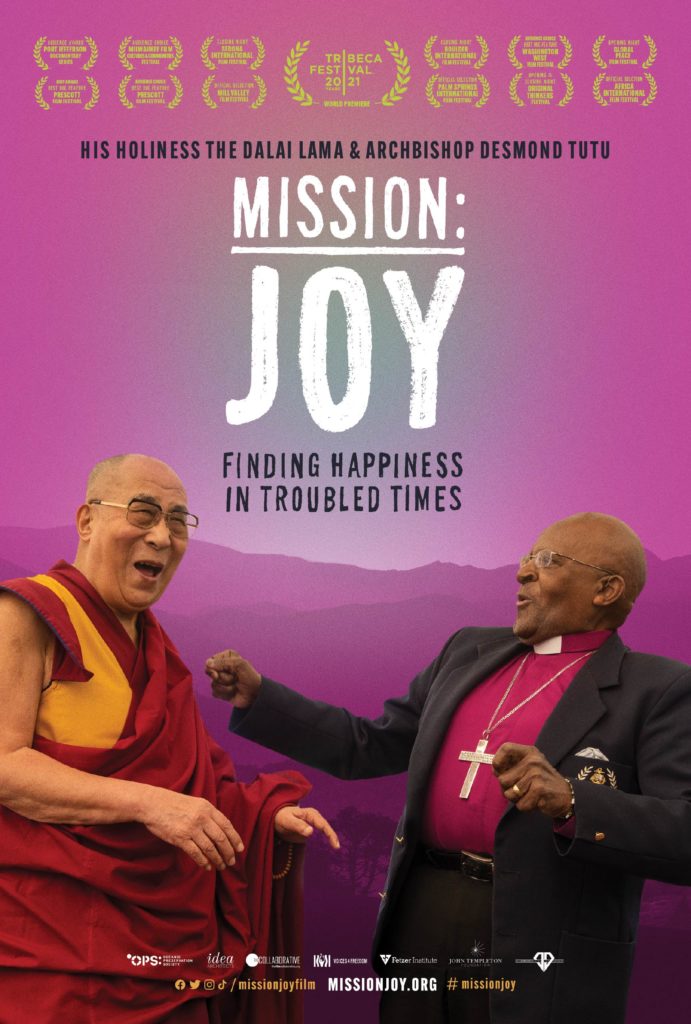 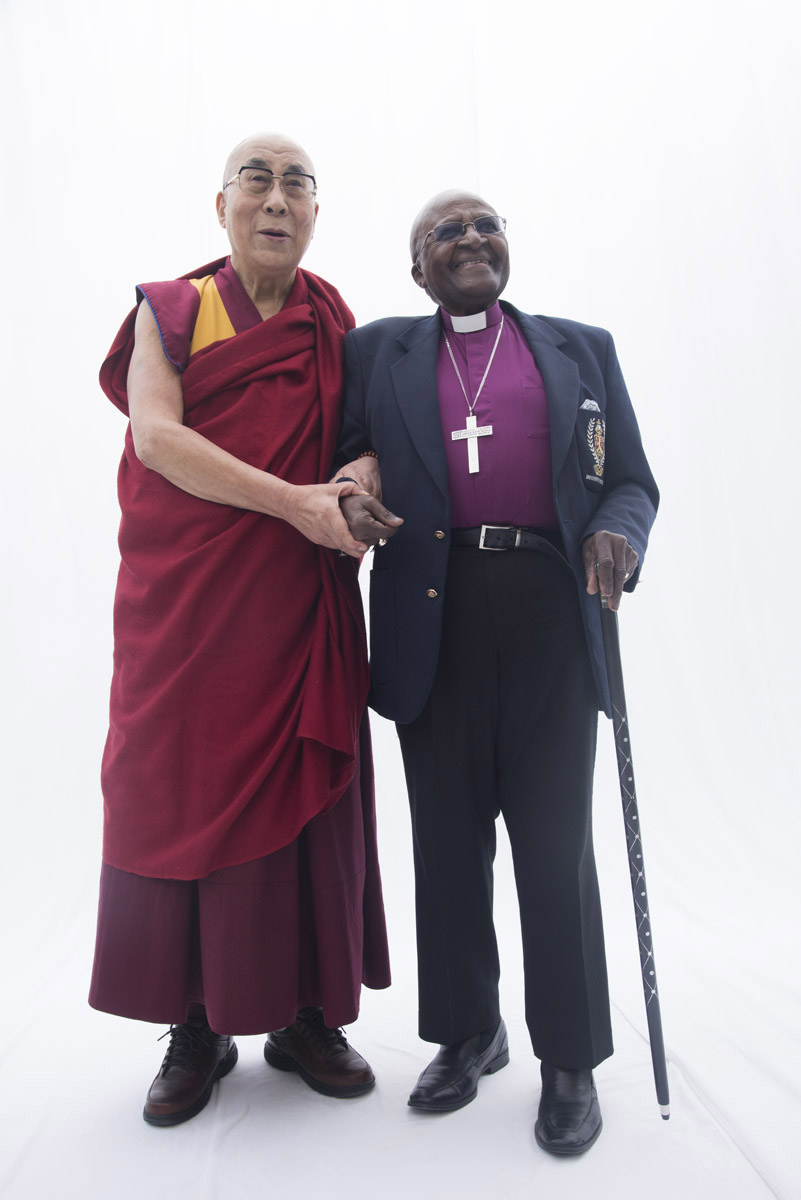 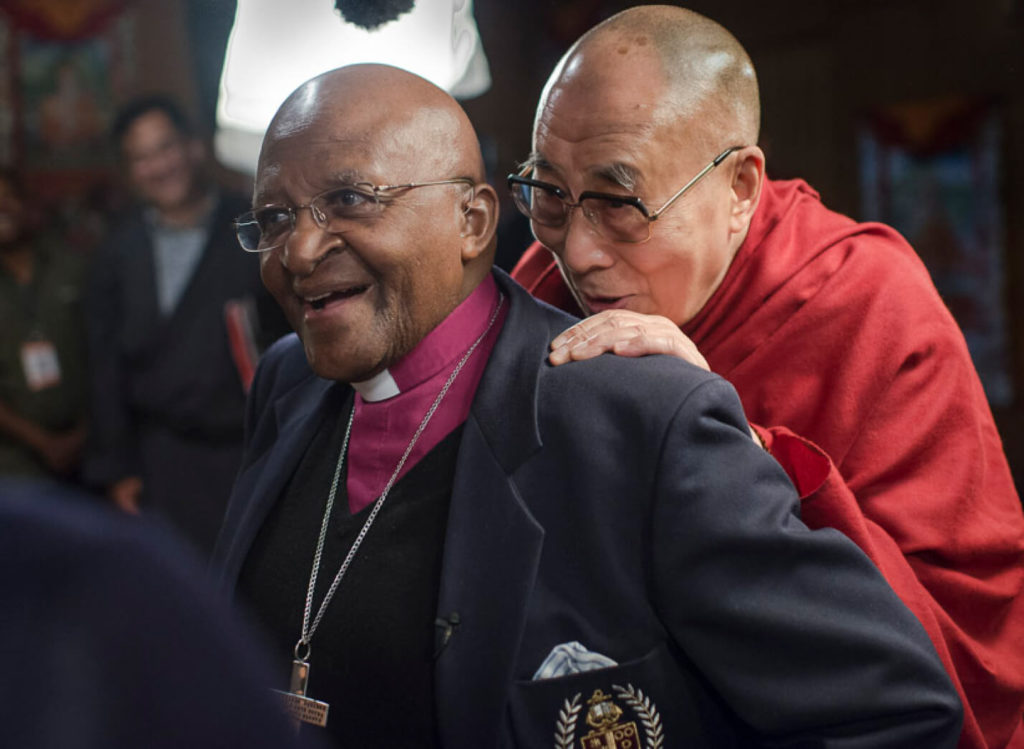 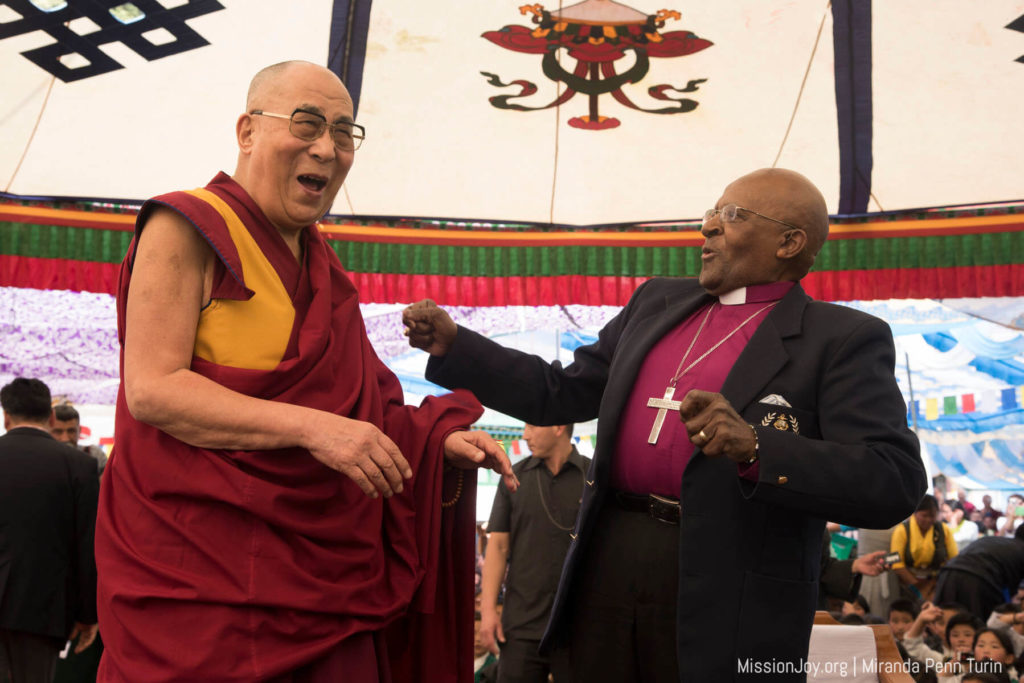