Home / Joy From You / Harald, Germany 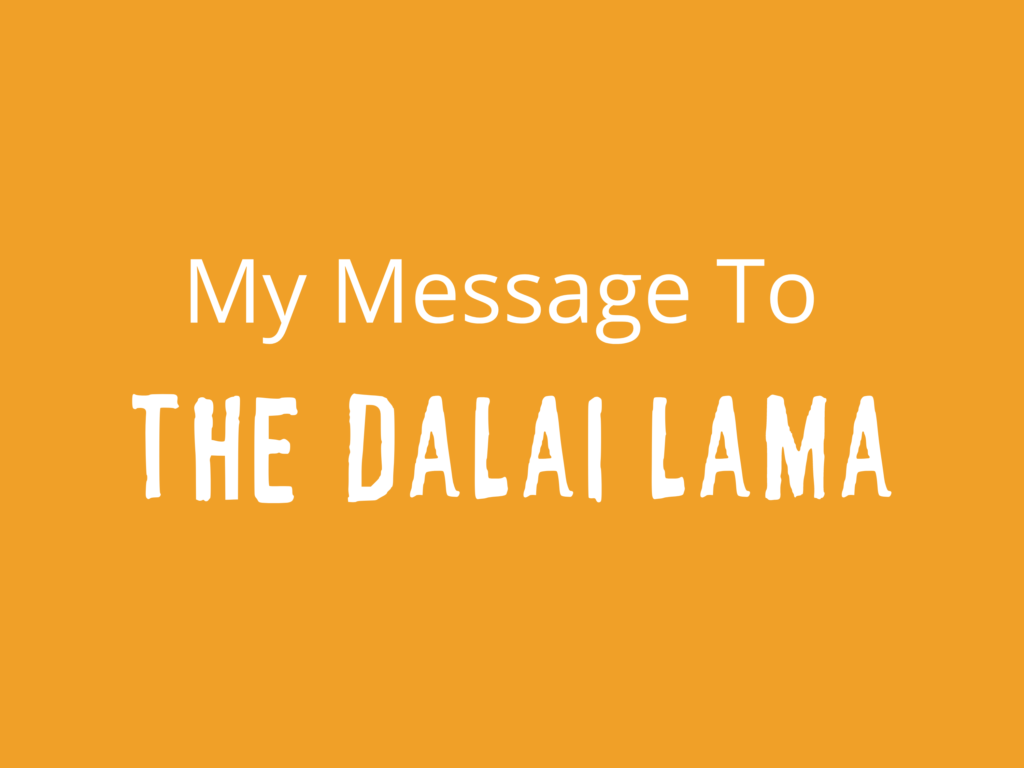 25 years ago, on the 11th of April 1997 we have met, in Caen, France, in the memorial of peace. I was with my 9 week old daughter and something made me hold her up, like in the Tibetan tradition of offering a present, as I found out later. You came out of a press conference, pretty busy, but suddenly you stopped right next to us. I was awestruck and I did as said, so you came over and asked me about her age, cuddling her face a little. For some reason, I had answered in french, so - I think it was Mathieu Ricard translating - you probably thought me french, so did not talk to me any more. But you sort of blessed my daughter and moved on.

In my situation that time I wasn't able to follow you, spiritually….some days later you appeared me in a dream, steering a small boat standing upright, asking me to come, yet sadly I was not able. Then you left without me, following the stream, leaving me sad as I woke up. 20 Years later I happened to buy a book of Mathieu Ricard in Kathmandu. I was there to fulfill my life's dream, a Kora around the Kailash, which we, my daughter and me did. It was the "Art of Meditation", and I left it untouched for another two year. Then, in an early lockdown, spring 2020, I started to follow the instructions and it began to change my life! At first unregular, but now for about two years half an hour daily, early in the morning I do meditate and everything has become better ever since, keeping to improve.

I do believe that it was no accident. Though I was merely the carrier of my daughter, I had my part and reward in meeting you. I'm very positive about my daughters life being influenced in a good way, too, though I fail to see or predict how this might be.

I would like to express my deep and sincere gratitude to you being who you are and your impact on my and other peoples lives.

May you be blessed with a long, happy and healthy life. May you always be surrounded by loving and caring people. May you one day be able to see your home again in freedom and may you in a very far future once die in peace, smilingly heading towards a beneficial rebirth.

This week in the U.S., we are celebrating Thanksgiving holiday, so it was a beautiful time to make myself aware of joy and write a letter of gratitude. My letter...
Read More
Joy Stories

On my usual walk, I approached the doom and gloom house. Never saw who lived there. They never had any outdoor plants or decorations. Just a mailbox, an un-sailable boat,...
Read More
Notes to Arch

Thank you for modeling such Joy, love and compassion for the world.
Read More
Joy Stories

I ran up and down a hill to experience a sunrise and beach breeze. I ran an incline along a beach-mountain road I did about 8 years ago. Exif_JPEG_420
Read More
More places to find joy!

Want a little joy in your inbox?

Get the latest wisdom from global icons and top neuroscientists.

Send a tribute to His Holiness.

Send a tribute to Archbishop Tutu.

Send a message of condolences or gratitude to Archbishop's family and team. They would love to hear how Arch (as his friends called him) inspired you.

Telling people about your joy makes you feel even more joy. It's true! So, tell us about a time when you did something to create joy: